Marvel’s “Captain America: Civil War” was released on May 6, 2016. It pulls together superheroes across the Marvel franchise for a stunning showdown between, ultimately, Captain America and Iron Man.

The action scenes in this movie are unrelentless and unarguable, fast-paced and chaotic to the point of borderline confusion. Fight scenes and chases interspersed with suddenly calmer sections keep the audience on its toes. On the other hand, the writers’ use of comic relief comes subtly at first, but picks up speed right around the pivotal fight scene towards the end. The outcome is bizarre but effective, the high points of both tension and humor in the movie combining for a memorable effect.

Additionally, by making use of incredibly subtle foreshadowing – passed off as a minor piece of backstory early on – the writers manage to hint at a plot point mentioned multiple times throughout the movie in a way completely unexpected, yet completely understood for the twist at the end. The small, irrelevant reference in the beginning comes back in full force near the very end, and after two hours, it is still memorable enough to have strong meaning. 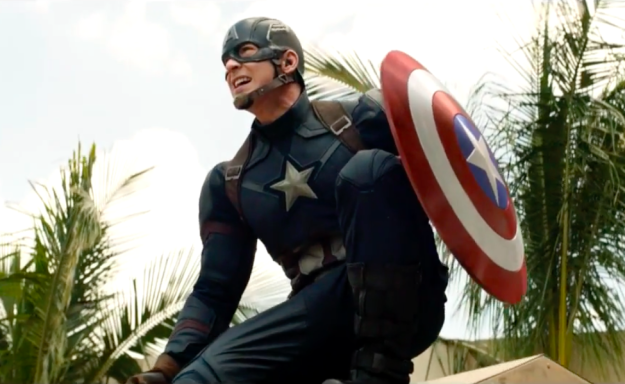 Captain America pauses during a fight in the beginning of the movie. “Captain America: Civil War” was released in theaters on May 6, 2016. It has since earned over $940 million in box offices globally. (PC: Marvel)

One aspect that was slightly off was most characters’ lack of formal introduction; they make their entrances and jump straight into action. Only Spiderman and Black Panther have anything resembling a slow introduction; for the rest of the characters, Marvel assumes that the audience is already acquainted with them and dives into business. Even for those who are not completely familiar with Marvel, however, the movie is still not overly difficult to figure out, as each character reveals the basics of their personality and powers in the first few scenes. Combined with the recent publicity of other characters in modern pop culture, if not the comics themselves, the minimal exposition actually comes across as reasonable, as enough of the characters are already understood for the writers to move on with the extensive plot.

“Captain America: Civil War” makes deep inroads into the ambiguity of right and wrong. The primary conflict centers around Tony Stark’s lawfulness in the face of human collateral damage versus Steve Rogers’s determination to protect his best friend. Neither side is the good side or the evil side; the actual “bad guy” is furthermore motivated by the Avengers-induced deaths of his family, in which the Avengers seem like the bad side. The moral fog allows the audience to pick their own sides, but more importantly demonstrates (in a superhero movie, ironically) that truth does not exist in black and white.

Overall, the movie is action-packed, humorous to just the right degree, relies heavily on the franchise itself to support it, and contrasts starkly to the usually obvious delineation of right and wrong in superhero movies. It seems a culmination of building up the movie franchise, leading Marvel fans to wonder what’s next.